October is really a special month isn’t it? Something about that crispness in the air and for us Floridians, saying goodbye to atrocious humidity for a little while.  There is just a buzz in the air over the changing of the seasons, am I right?  I feel like everyone gets inspired and motivated after the lazy days of Summer.  One of my favorite parts of October is Halloween.  I said it before, I cannot stomach horror movies but I love haunted houses.  At Halloween horror nights in Orlando, they definitely went all out this year with the 25th Anniversary of the scare fest.  Here is my complete guide for you.

Since we are annual pass holders, it allows you to get into the park early for the nighttime events.  The park closes at 5 and the haunted nights begin at 6.  As a pass holder you are able to stay in the park at various “holding zones“throughout.  We picked Finnegan’s pub because it has air conditioning, seating and some adult libations.  If you are not a pass holder, my recommendation is to get to the park right when it opens.  Those Haunted Houses lines get long extremely quick.

As a pass holder you get access to the houses 15 mins early.  We were able to get two houses done before the crowds came in.

If you aren’t a pass holder, when entering go all the way to the back by the Men in Black ride.  That is where the Insidious house is.  It always has the longest wait.  Hit that one first.  I do wish it was a little darker out when we went through it but I got over it, since I only waited 15 minutes instead of the 90 it was all night.

The fast passes are worth it but EXTREMELY pricey.  Like almost twice the amount of the ticket added on top of it.  We were able to get through every house, the longest we waited was 45 minutes.  We saw a ton of groups playing “heads up” on their phones.  Good way to pass the time.  Or as my mother would say “it’s a great time to just catch up with each other“……..

I also passed the time by snapping (@meetatthebarre).  A lot.  As many of you are well aware.

Those scare zones to me weren’t scary, just like that “boo!” surprise you factor.  Especially if you are distracted on your phone……I was looking down at something and when I looked up, some zombie was running straight at me with a chainsaw.  I definitely let out a real scream.  Not a so scared you are going to kill me scream but like a holy crap you got me.  Did not see you coming, kind of scream.

Other insiders tip.  Pack some snacks.  Those lines are long and the food is expensive.  Good thing I had my arsenal of protein bars and other assorted goodies in my bag.  Those IV jello shots.  Just no.  I can’t even.  Sugar and bad liquor.  Steer clear from those bad boys like I did.

Here is the rankings of my favorite houses

25 Years of Monsters and Mayhem – Right in the front of the park.  Hit that one at the end of the night when the crowd dies down. It is the first one people see when they walk in, so the wait is bad in the beginning and then better later on.  The clowns in there.  I still can’t figure out which ones were real and which ones weren’t but there was a lot of them.

Body Collectors – Anything with strobe lights is straight up scary to me.  That one definitely got me a few times.

Insidious – Probably would have been higher up if I went at night.  Lots of twists and turns for people to get you.

Asylum in Wonderland – People really hyped this one up but it fell flat for me.  Yes, it was pretty on the inside and the 3D was different but it wasn’t scary in the least bit.  The whole time I was thinking, if someone was some extracurriculars or something this would be the scariest place on earth but for us normal peeps it was just eh.

The Purge– This one is also at the back of the park and you can hit it up after you go to the Walking Dead or Insidious.  Good scares.

American Werewolf in London– The shortest house out of all of them but still had some good scares and surprises in there. Plus, it was cool to be walking around the London underground.

Freddy vs Jason– This was the first house we went into.  Perhaps if we went later on in the night it would have been a little more scary with the darkness and all the creepy ambiance but it just fell a little flat for me.  Mark and I both walked out and were like, “I hope all the houses aren’t like this“.

The Walking Dead – I had such high hopes for this house and the wait was pretty long.  I think fans of the show will be disappointed with it.

Run: Blood, Sweat and Fears – This was the only one we didn’t go to.  I had read quite a few reviews that said it was a total bust.  The line was always 20-30 minutes so we decided to see a show instead.  If you make it, let me know your thoughts.

Seeing Diagon Alley at night.  This is the first year that they have had the Harry Potter attraction open during Halloween Horror Nights. Mark and I spent almost an hour there walking up and down the streets.  It is usually really crowded during the day and you miss so many details.  At night, all the store fronts are illuminated so you are able to see all the magic come to life.  Plus, seeing the underground Knockturn (the dark arts back alley) at night.  Makes it that much more creepy.

There are shows to see and most of the rides are open like the Mummy and Escape from Gringotts.  We were pretty much there till closing (2am) which lead to my fabulous early morning on Monday.  I look forward to going every year.  The best part it was cold that night (in the 60s!) and it really felt like a spooky October Fall night.  Really gets you  in the holiday spirit.  Grab some friends and head to Orlando to check it out.  Snap me some of the fun!

Do you like Halloween Horror Nights like this?  Do you have anything similar where you live?  Do you hate scary movies but love Haunted houses?  Tell me what your favorite part of October is!  I wasn’t compensated any way shape or form for this review.  I just wanted to share a fun October outing with you that is totally worth the adventure!  xoxoxoxo

5 Best Cities for a Long Weekend Trip in the Summer...

Local Living – Fun Things to do in St. Petersburg...

How Do You Travel For the Holidays? 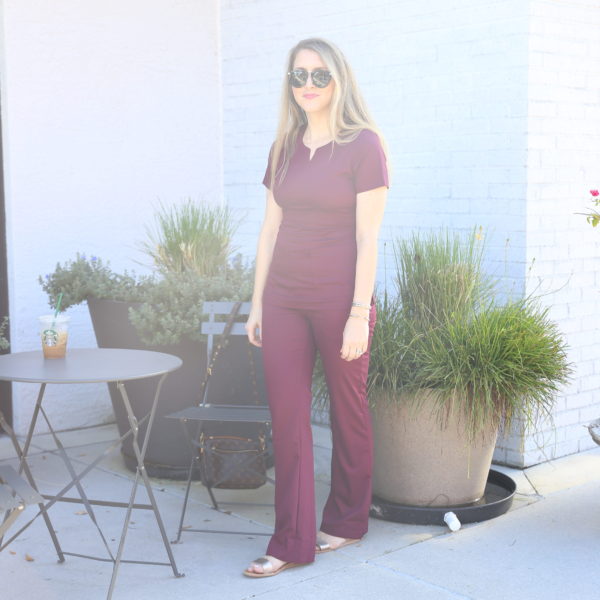 Being a Working Mom