Another Gasparilla in the books for the pirates of Tampa Bay.  Each year gets a little more tame due to limiting drinking to “designated wet zones”, increased police presence and a heck of a lot more porta potties.  Nothing leads to more chaos then not having plenty of opportunities for people drinking alcohol all day aka a diuretic for places to relieve themselves.  The million dollar homes around Bayshore were getting fed up with people using their lawns in the same manner that their dogs would.  This year in my opinion the parade looked well organized and I saw less public arrests.

With that said.  I am starting to feel old.  Well maybe not old but at the point in my life where I feel it is inappropriate for girls to dress up in lingerie and call themselves a pirate.

via tumblr
Let’s start from the beginning. For all the non Tampa people let me give you a quick recap of Gasparilla.  I’m not going to get into the complete history of it but for all intents and purposes Gasparilla is a big pirate drinking fest.  Jose Gaspar and his crew on their pirate ship comes into Tampa Bay and “captures” the city.  The mayor of Tampa hands over the key to the city and the pirates have a victory parade with floats that drive down Bayshore Blvd aka the most expensive multi million dollar houses throwing beads like Mardi Gras.  The first Gasparilla parade was held in 1904.  The first invasion was by was by horseback and the first sea invasion was in 1911.
Everyone throws breakfast parties where you load up on carbs with bagels and other filling breakfast food so you can survive the entire day of drinking.  Breakfast parties usually involve Bloody Mary Bars, Mimosas and whatever else people can stomach at 9 in the morning.  There are tons of ways you can celebrate Gasparilla.  I’ve been on a boat before in the bay coming in for the invasion (that involved a very early wakeup call).  On Davis Island to watch the invasion come in, stayed at house parties all day (when it rained booo) and this year down on Bayshore for the actual parade.

via Pinterest
I had my nice tasteful outfit that involved wearing bottoms.

As we were walking around the invasion I asked about 5 different girls if they were wearing pants.  Apparently I didn’t get the memo this year the dress code was a shirt and boy shorts underwear.  Don’t worry I captured some evidence for you.

This was captured outside of one of the porta potties….I hate to admit I used one but this said culprits friend came out and I asked her how bad it was inside her response “oh I don’t know I just went in to do my makeup“.

via tumblr
I mean everyone knows you go in there hold your breath and pray you don’t fall….you  mean you went in there just to do your makeup??? Are there even mirrors in there??  I can’t even….
Anyways….we had a nice time down by the parade route and then ventured our way back.

The parade didn’t disappoint. It is like Mardi Gras but on a much more PG scale.  It was an absolutely gorgeous day out in Florida.

I felt like saying this on many occasions with the debauchery we saw on the way back.

via tumblr
I once again felt old or extremely sober in comparison.  There were people everywhere posted up doing this.

via tumblr
We passed by Sally O’Neals a pizza place and I saw a girl with an entire large pizza on her lap (wasn’t that hot???) stuffing her face and not sharing with anyone else.

via tumblr
We had lots of giggling moments for sure.  I had such a nice day spending time with friends and running into people I haven’t seen in forever.  We came home and eat these amazing cupcakes from Alessi Bakery(the best cupcakes in Tampa in my opinion).  How cute are the pirate details?

Another fun Gasparilla in the books.  We were in bed by 10 and ready for a productive rest of the weekend!  Does your city have any big events like this every year?  Anyone want to come down for Gasparilla next year?  You have to bring pants though :-)  Hope you had a great weekend!  Did you do anything fun? 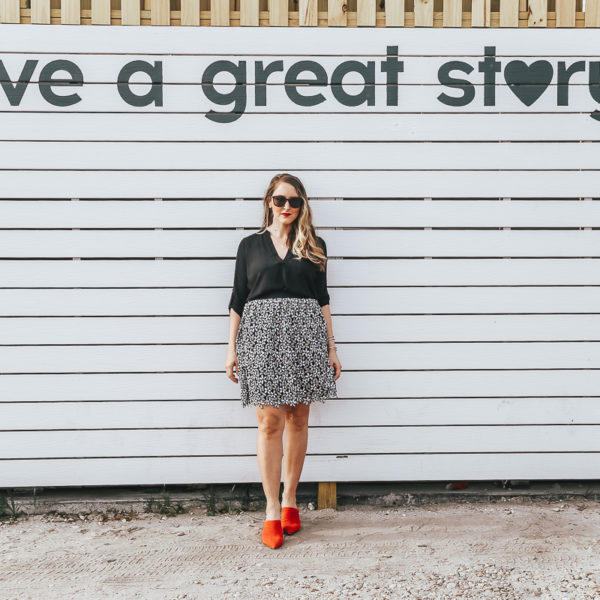