Wait I Missed Monday Didn’t I?

July 22, 2014
This post may contain affiliate links. Purchasing through them help support this website.
Alright I know I know.  I can’t even talk to my mother without hearing “no blog post this morning?”.  Blogland has been all sorts of tumbleweeds lately and Sunday night I just had no creativeness left in me but I figured I mean everyone has been MIA then I checked yesterday and y’all really got your act together and clearly……I didn’t.  So anyways let’s do a mashup of some weekend fun and some things I’m digging because I like consistency.

Friday night we hit up the local Thai place by Marks house that does a pretty epic happy hour 1/2 off sushi and appetizers plus some ridiculous all you can drink premium liquor and beer for I want to say like $18 or something college town related like that. We always liked the Thai there and were pretty eh about the sushi.  Now they have some guys making the sushi who actually fit the part instead of some random folk if you catch my drift and the sushi has really stepped up.  For the local peeps its called The Grand Siam.  Actually our favorite waiter from Sushi Alive who is Thai said that Grand Siam is the only local place he will eat.  I have to agree the Thai food is delicious.  Plus I really love BOGO drinks just like my BOGO deals at Publix.  In my mind it’s a just right pour when combined. 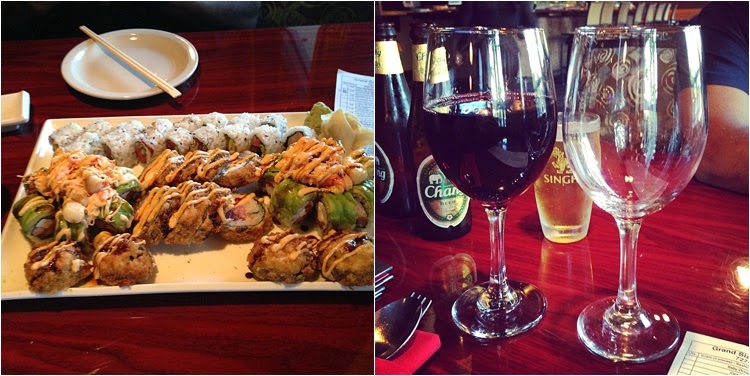 Saturday I woke up with no alarm (the little things) and made it to my happy place aka getting a Barre class in.  Then we ventured down south to check out some potential rehearsal dinner spots.  Mark really wanted on the water and going off one of the recommendations from my fellow Barre girls (thanks again so much Jillian!) I think we found the most perfect place.  This day was so crazy I didn’t even get a chance to vote my daily emails into our engagement story contest.  Which I am kicking myself because we were on the heels of the “flash mob” (don’t even get me started on my thoughts on this) who are in second but luckily we are still are in third. Anyways it has an amazing patio which the view is right behind me.  I just love anything to do with on the water dining. 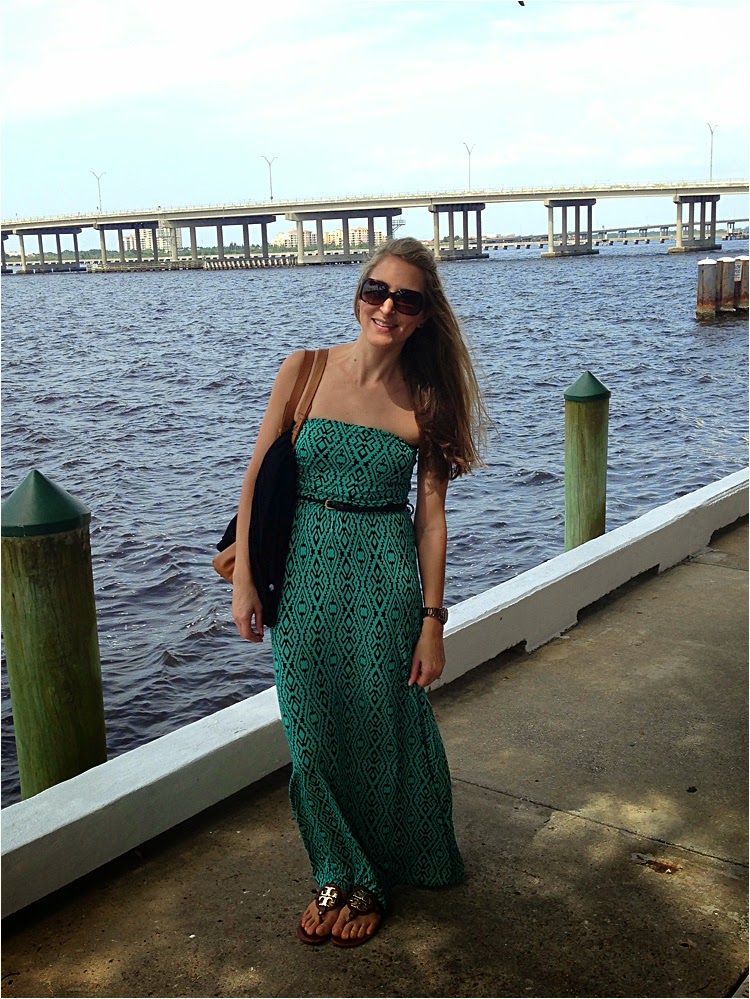 Side note, it has been a really conscious effort this Summer not to lay out in the sun.  I’m really trying to take care of my skin and we all know those older people what they look like when they clearly don’t.  First of all I don’t have a ton of time to lay out and sweat to death in 98 degree heat, then have to shower and start my day all over.  Second….it has been so oppressively hot here lately even walking to my car puts me in mood.  So I have been slathering on this for my body and this for my face and pledging my 30’s to taking care of this skin of mine.  Has anyone else been doing the same this Summer (staying out of the sun) or am I crazy pants again?

Check this place at night isn’t it amazing? 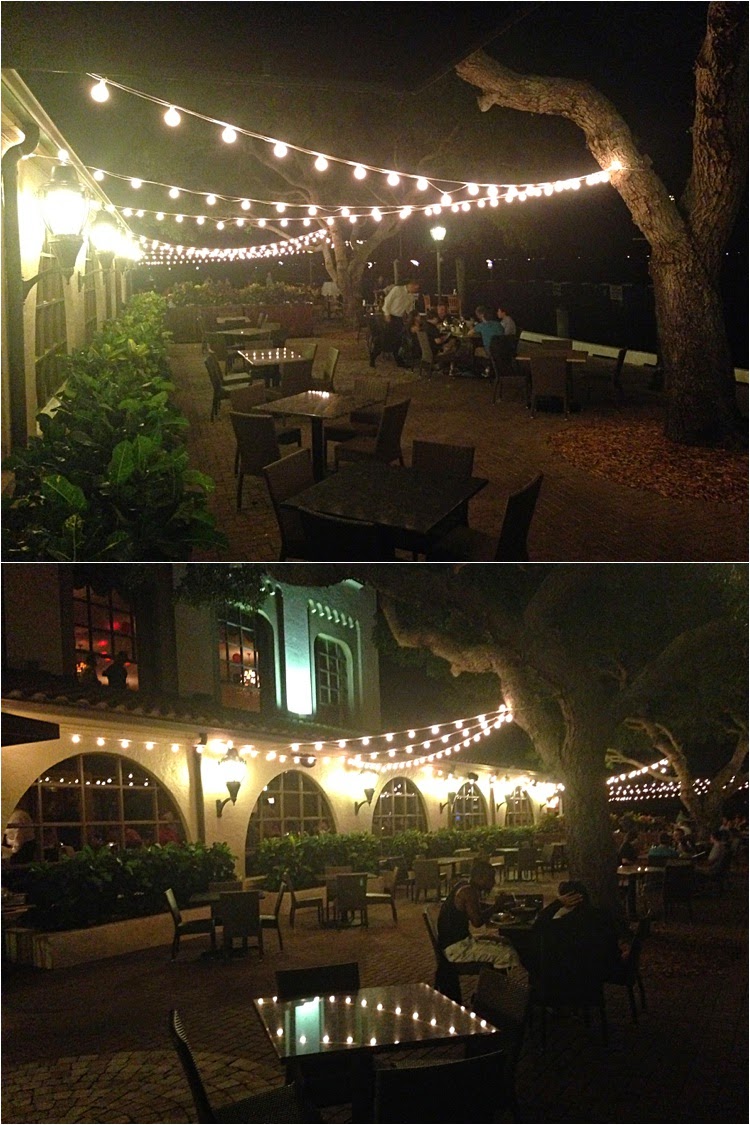 Sunday was spent catching up on some sleep, eating burgers, apparently not blogging and playing around with this bad boy.  Oh yes.  It is a coffee machine and Nespresso.  Williams and Sonoma had a sale plus I had store credit hello new obsession. 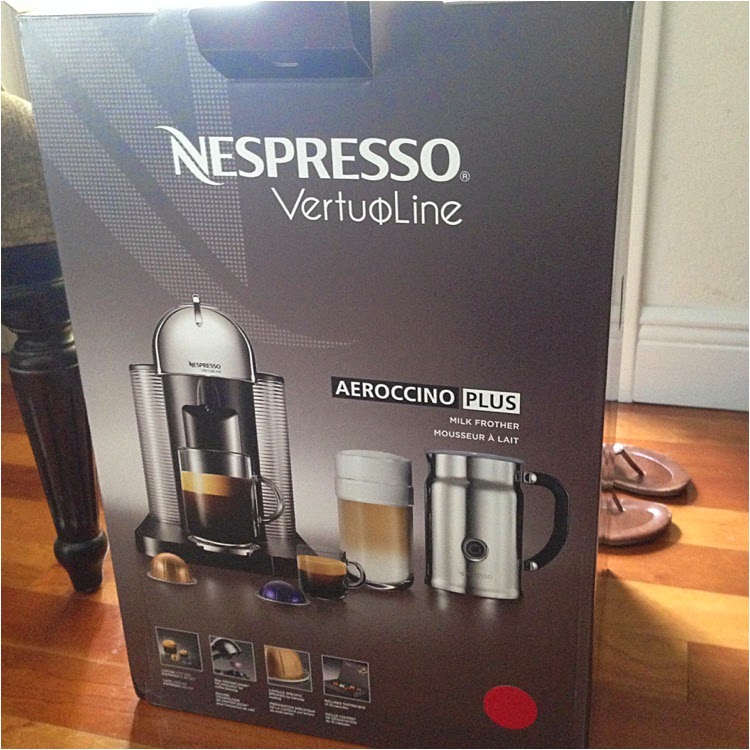 Would you believe me if I told you I took my Keurig back to Costco sans box and everything.  Mark was hating on me the whole way saying they would never take it back.  I mean I did like it but that thing needed to be primed like every week and I was never really pumped about it’s longevity.  They didn’t even bat an eyelash once again confirming that my 3 best places for customer service are Costco, Trader Joe’s and Sephora.

Oh I did do some blogging aka playing around with makeup like this Marc Jacobs eyeliner in Plummage No 60 that I cannot get enough of.  The color is amazing and literally is budge proof.  It’s a deep purple with tiny micro glitter flecks.  I swatched it on, ran my fingers straight through it.  Then hit it with water and tried to smudge it…..didn’t move.  Then used hand soap to get it off……it laughed.  Then finally used my Sephora eye makeup remover and it came off.  This is a total winner.  I seriously want the liner in every single color as well as the liquid liner which is budge proof.  That is definitely going on my list next time. 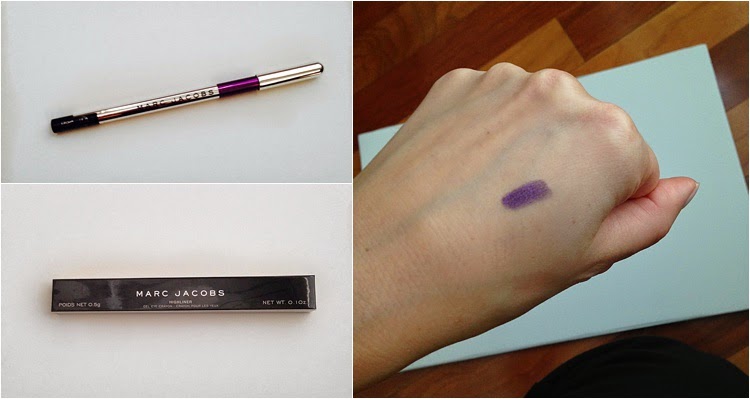 I paired the liner with my new purple mascara which really looks like a softer black in regular lighting but with sunlight hitting it you can see the pretty purple accent.  I actually really dig the mascara as well even though I am a self proclaimed mascara snob this one was very surprising. 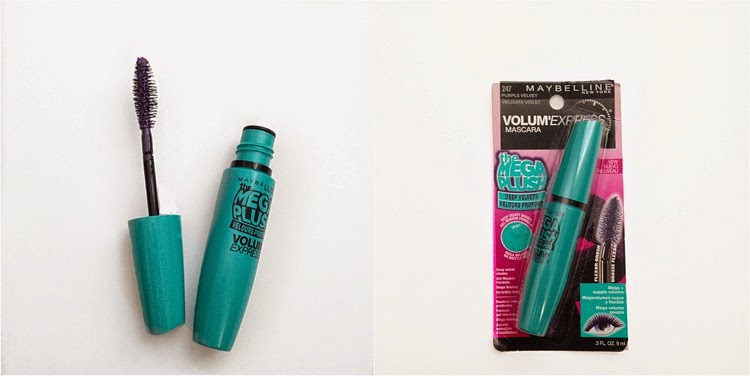 UPDATE.  This mascara is a beast to find.  However,  I ventured into Walmart……( hate to admit it because my Walmart and I do not have a good track record).  Anyways, I was lured in by their significantly cheaper price on my now borderline obsessed Sally Hansen Complete Salon manicure line.  Not only did they have like 100 colors but they were like 3 bucks cheaper than my CVS. They had plenty of these mascaras in the purple and blue.  I picked up the mascara in blue and four two more polishes….self checkout later and I was in my car before I could get aggressive with any slow walkers or people stopping short in front of me.

It is incredibly hard to take mascara pics of yourself and it doesn’t do it justice but here is the mascara and liner together.  The mascara really does pick up the soft purple tints in the sunlight without being too over the top.  I highly recommend it especially for that less than 6 bucks price tag at Walmart. 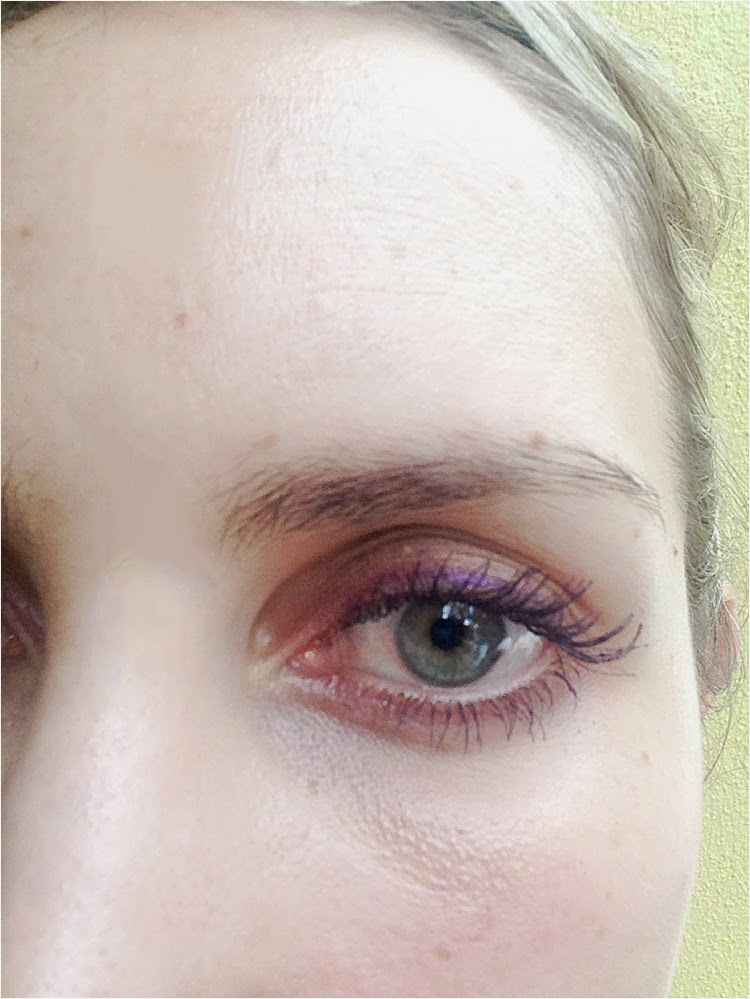 Sunday was followed up with some OITNB and to bed early.  I have some serious deliveries on their way to me including the Zella leggings in long and mesh inserts which I am still surprised they have sizes available.  I am tempted to get another pair of the long ones for that price.  Oh and perhaps this as well….I mean the Rebecca Minkoff in this color was just too perfect for the Fall to say no to!  Those are just a few of the goodies en route.  What did you pick up from the Nordstrom sale?

It feels good to be back I hope y’all are having a good start to your week!  xoxoxo 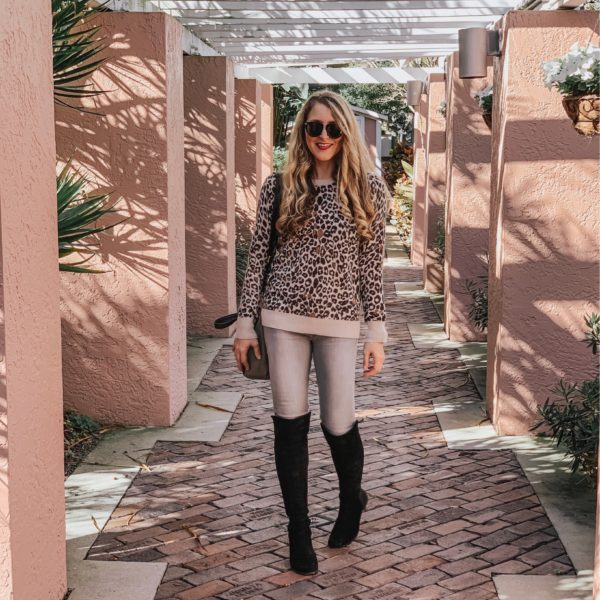 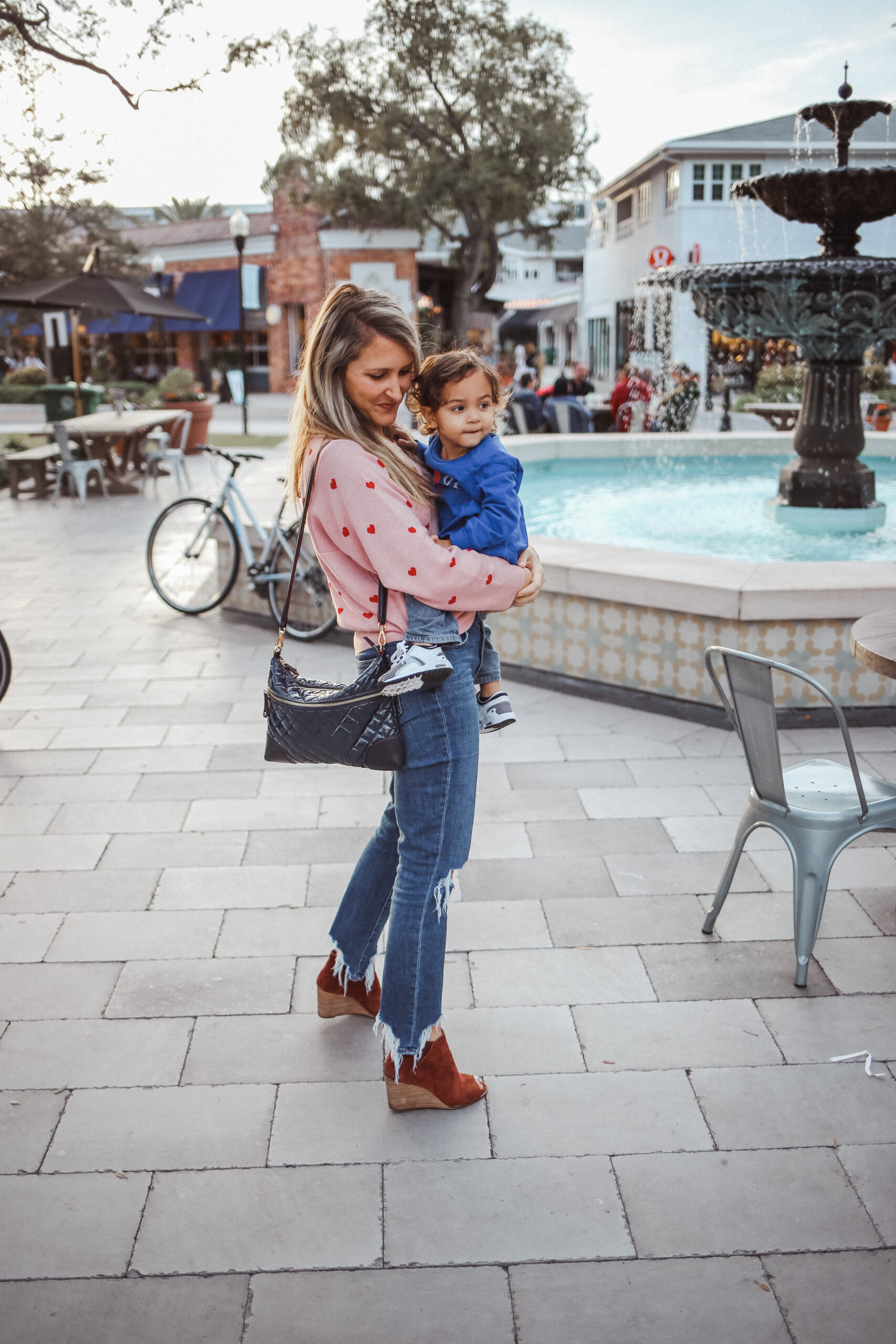 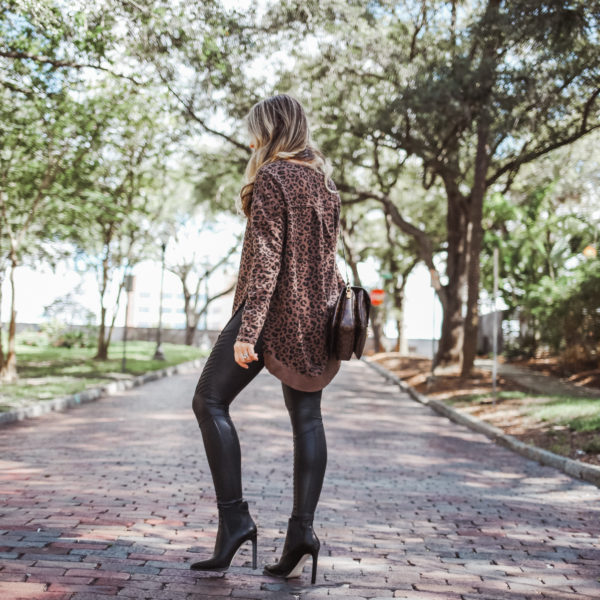