The Butterfly Effect-The What Ifs Of Life

September 11, 2014
This post may contain affiliate links. Purchasing through them help support this website.
Alright y’all I have had this post sitting in my drafts for some time I have been scared waiting to drop it.  However after reading Helene’s post the other day about her thoughts on life’s occurrences, it really gave me the final push and confidence to go ahead and finally hit that publish button.  I have always turned to Helene when it comes to all things blogging and she has been the sweetest go to person for me!  I absolutely recommend her and did you know she is a blogger consultant now? She is always that next step ahead which is why you should totally check her out.

So this post is one of those where you have the idea in your head and you sit down and in a manic driven fury 20 minutes later you have an entire post of words and you don’t even remember writing them. You know I try to keep things pretty light and funny around these parts but I was driving home from work the other day and this question popped into my mind.  It happens once and a while and it all stems from that movie you might have seen it called the Butterfly Effect.  The movie is based upon the chaos theory which proposes how small initial differences might lead to significant unforeseen consequences over time.  Ashton Kutcher is in it…..he’s not that fantastic in my book but the whole concept of small life events that can have significant life altering effects has always stayed with me.

Loosely associated but on the same track as the fact I use to read those books growing up Choose Your Own Adventure.  You come to a fork in the road do you go left or right?  Opps left……sorry you didn’t make it.  Then you would have to go back and choose right. Honestly between these books and R. L Stine what did we read growing up right?

With all this said I am not a person at all to live in the past.  I am confident in all my decisions.  I am not one to live the glory days of High School.  I mean I may reminisce about the good ole days of college where sleeping till noon was acceptable as well as eating Moo Moo Mr. Cows from Moe’s were a staple of my diet.  I love looking forward and believe with each passing year I am getting wiser and more confident.  So this is in no way a reflection of the what ifs in a sorrowful way but more out of curiosity to ask if I had made that other decision where would I be now?

There have been probably a handful of instances in my life that I can honestly remember very clearly that if I had many the choice or decision or if the circumstance presented a different way, I feel like my current life situation would be drastically different.  I’m not going to get into religion but I do honestly believe in the cliche expression everything happens for a reason.  I do believe that there is a higher being watching out for me to help guide the path that has brought me to where I am today. Now don’t come at me with the dropping the cliche line there I do think we make conscious everyday decisions but there are those fate/stars aligned kind of things that do make you wonder if there is more to it all.  Anyways, here are a few situations that I often think about some seem quite trivial when you write them but they did have huge impacts on my present day life.

I grew up right outside of Boston and the majority of kids I graduated High School with were going to stay local and attend colleges close by.  The majority were going to Boston University, Boston College or NorthEastern all of which I had gotten into. Instead of staying in my comfort zone and going off to school with them I decided to move down south 1500 miles away and attend the University of Florida.  I didn’t know a single soul there.  I packed my car and never looked back.  I did go back up north for Grad school but when a job presented back in Florida I leapt at the chance.  Now I am solidly grounded in this state and have no plans of moving back north. But what if I had stayed up there for college?  Would I be living in the city still with my High School friends like I see on Facebook?  Or would I have moved to New York and live in a 500 sf ft apartment with them? Where would I be right now if I had stayed in Boston for college?

Moving along.  This sounds so cheesy but it had a big effect.  I came to Florida early to rush.  Now in Massachusetts the Greek life was non-existent but when I came down for preview the Greek life was everywhere.  So I was there that week before to rush.  I met my roommate the day of rush and she was amazing.  We were instant best friends.  She wasn’t rushing and kinda down played the whole greek life.  I didn’t know anything different so I didn’t rush.  I look back and think what if I had rushed that year? I was able to really study hard and get straight A’s my freshman year which opened the door to so many academic opportunities and landed me a highly coveted research job.  If I had rushed I probably would have lived in the house and wouldn’t have focused on my academics as much.  I also would have had a completely different group of friends and who knows where my life would have taken me with that?  I ended up rushing my Sophomore year which was a completely different experience because I was a year wiser and already knew what house I wanted to be in.  But what if I had rushed my freshman year?  Would my grades had been as good as they were to get accepted into UPenn for Grad school?  What a question.

This one is even more random.  I was dating a boy I met the first night out at one of the Fraternity “late night parties”.  We were dating my entire first semester there as a freshman.  Well then wouldn’t you know I did something that was typical of an immature 18 year old and he promptly never talked to me again.  He ended up dating someone else pretty soon there after and they are married with two kids.  But what if I hadn’t done that immature thing?  Would I have stayed in Florida and never gone to Penn because I didn’t want to leave that relationship?  Or maybe it would have ended shortly there after and it wouldn’t even have mattered.

Along the same line as making decisions that involve men (why??? do they get so much focus right?)  When I was at Penn I met a really great guy around the same time I took the amazing job opportunity in Florida.  I knew I couldn’t pass up the job so I left but I was really torn.  In the end I absolutely love my job and have been working at the same practice ever since I left Grad school.  If I stayed there I probably wouldn’t have met Mark who I’m going to marry in a little over 5 months!!

The other night I was driving back from Barre in the dark and it was raining.  I was looking forward at a green light and out of the corner of my eye I noticed someone on a bike trying to race in front of my car in the middle of the road.  I was able to slam on my brakes and avoid him but if I hadn’t had that glimpse of him out of the corner of my eye I would have hit the person on the bike who was illegally crossing.  Luckily I was able to see them and avoid a potentially very scary situation.  I knew at that exact moment someone had been watching out for me.  But what if there had been that second delay and I hadn’t had the opportunity to swerve?  What if something on my phone beeped and I looked down for a second?

There are times that I take to reflect on moments like these and think about the butterfly effect.  The slightest change in your life could have dramatically different outcomes.  What are your thoughts on this?  Do you think we have a pre-determined destiny that we are going to arrive at no matter what?  Do you have any what ifs thoughts in your life?  I can honestly say that I am completely blessed and at this moment in my life the happiest I have ever been.  All of those life occurrences has lead me down a path that brings me to my current situation where I have met the love of my life, have a strong and loving family.  As well as a job that I love that challenges me every day.

I know this was a deep one but had to get this out of my head and onto this creative outlet space of mine.  Let me know what you think!

Things That Scare Me About… 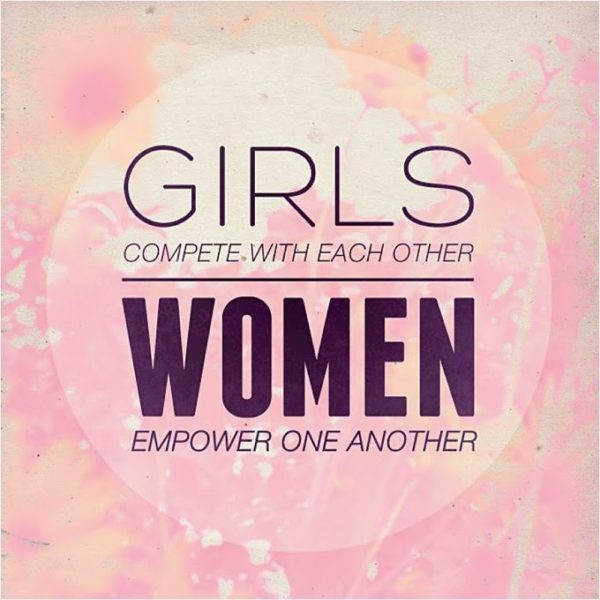 Why Do Women Always Compete…

Advice To Your Future Self…