How Halloween Has Changed Over the Years

October 30, 2014
This post may contain affiliate links. Purchasing through them help support this website.
One more day.  One more day.  I am really looking forward to Friday this week has been rough.  Anyways moving along.  This will be the second year in a row where Mark and I will hanging with my sister and her kiddos for Halloween.  All you parents out there I had no idea all the fun that went on behind the scenes.  My sister and all her parent friends get “wagons” I use that term with quotes because it’s not to haul kids around in but they stock it with beer and wine then proceed to drag that around the neighborhood while the kiddos get all the various chocolate goodness for the parents to scarf down on when the kids go to bed. I kind of like being on this side better.  Oh and now I finally get it when your parents had to “inspect” all your candy to make sure it was “safe” to eat.  Basically they were taking inventory and mentally dividing up the goods amongst themselves.

Am I getting warm?

As I’ve gotten older and wiser, my approach to Halloween has certainly changed.  I was never much of a planner when it came to costumes…I usually would go with whatever was in my closet and “make it work“.  When I look back at my costumes throughout the years I seriously cringe….I cannot believe I let myself out of the house like that.  I mean I can’t even post the pictures on here because I think my stomach is showing in 75% of them.  At what point did that flip switch where Halloween went from fun kid activity with getting candy to full out lingerie with wings and oh I get it she’s a fairy! No I think they just look like young adult women trying to be seductive like they’re tubev.sex models or something similar, when did it become a competition who can dress in the least?

I have only bought one Halloween costume in my entire life and it was an Alice and Wonderland dress because my one girlfriend was having a Mad Hatter Tea party and I was picked for Alice (not because I was special or anything I think I was the only blonde). Nothing in my closet was remotely going to work for it so of course at the last minute I had to run to all the party stores and find that dress.  One place had it…Spencer’s gifts did you know that store still existed?  I thought it went out of business the same time as Coed Naked shirts.  Do you remember those????  My mother wouldn’t let any of us wear them no matter how cool there were.

Since I waited till the last minute all they had was a size X-Small….it was short. 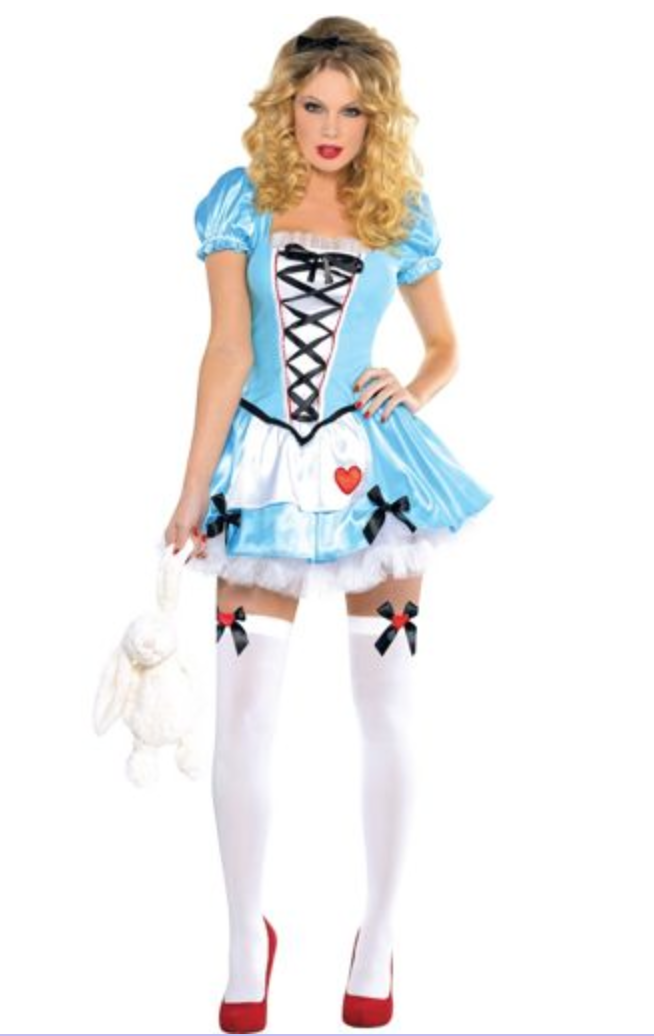 Mean Girls nailed it completely about how Halloween is an excuse for girls to dress up let’s call it…..inappropriately and how companies take all the childhood fairy tales and make them into adult costumes. 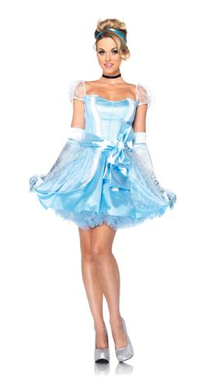 How about Little Red Riding Hood.  Or as they are now calling it “Racy Red“. 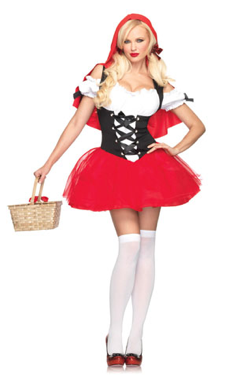 My niece is going to be a ladybug this year….certainly not with a costume like this. 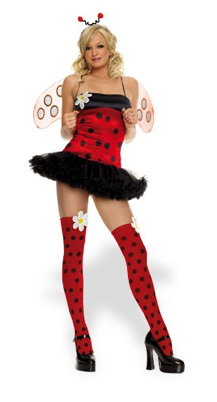 Okay this one is just hilarious.  I didn’t know a raccoon could be sexy.  I just thought they were dirty mean animals who rummaged through garbage cans.  However apparently you can sex up any Halloween Costume with a short skirt, mask and tail. 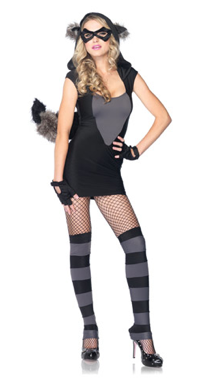 Okay so this is the grand finale where I pull all the random musings together….. at least I hope I can.  The last time I was home I was looking through some old pictures my parents had and started cracking up when I found some stellar pictures that I would like to share with you to really illustrate my point.  Amanda circa 1987…wasn’t I so happy looking in this picture? 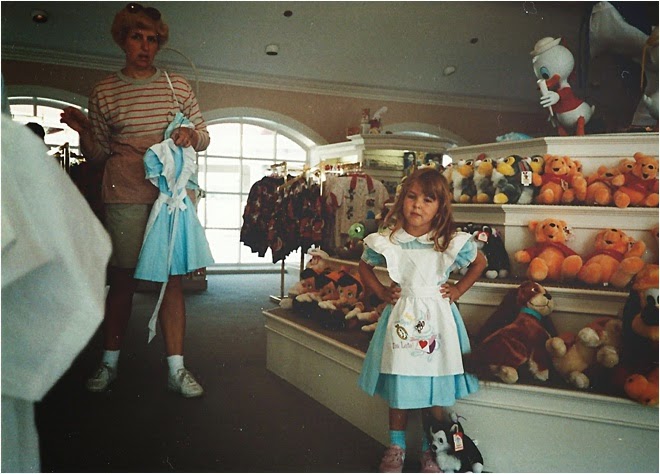 Clearly I wasn’t having a good day.  First hands on the hips…now crossed against my chest.  Probably had something to do with that hat I was wearing. 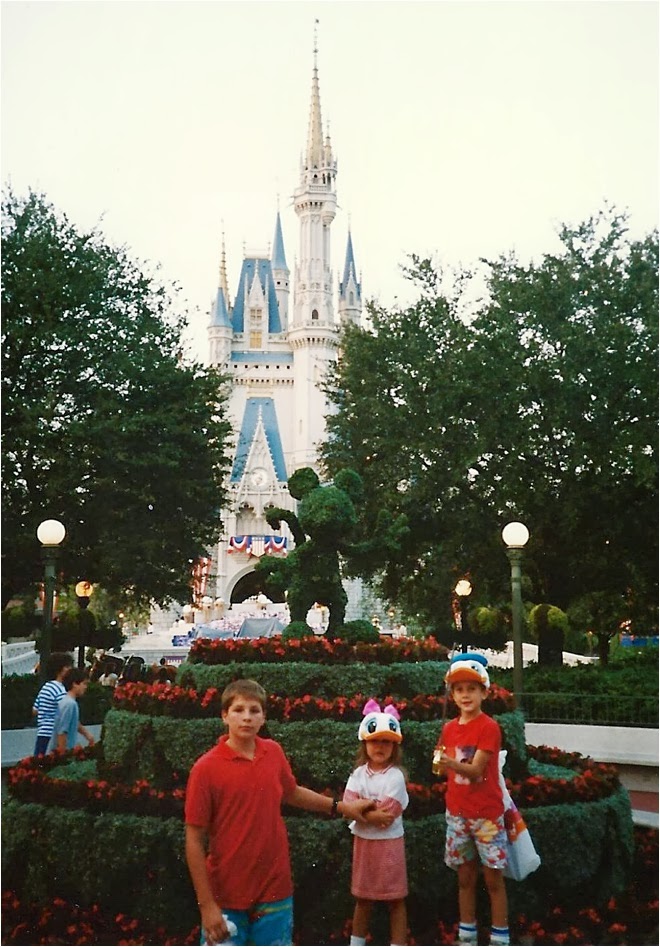 Flash to Amanda 2010 when my one girlfriend orchestrated the Alice in Wonderland themed Halloween party. 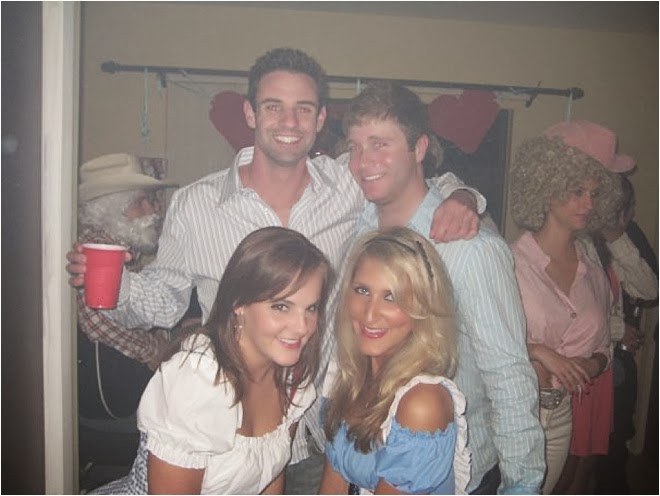 See how it all comes full circle?  As you thankfully cannot see in this picture is the length of this dress but it probably had less fabric than my dress from 1987.  I was thinking about trying to sell it on ebay but naturally I never got my act together but I had it hanging in my closet for the past two weeks. 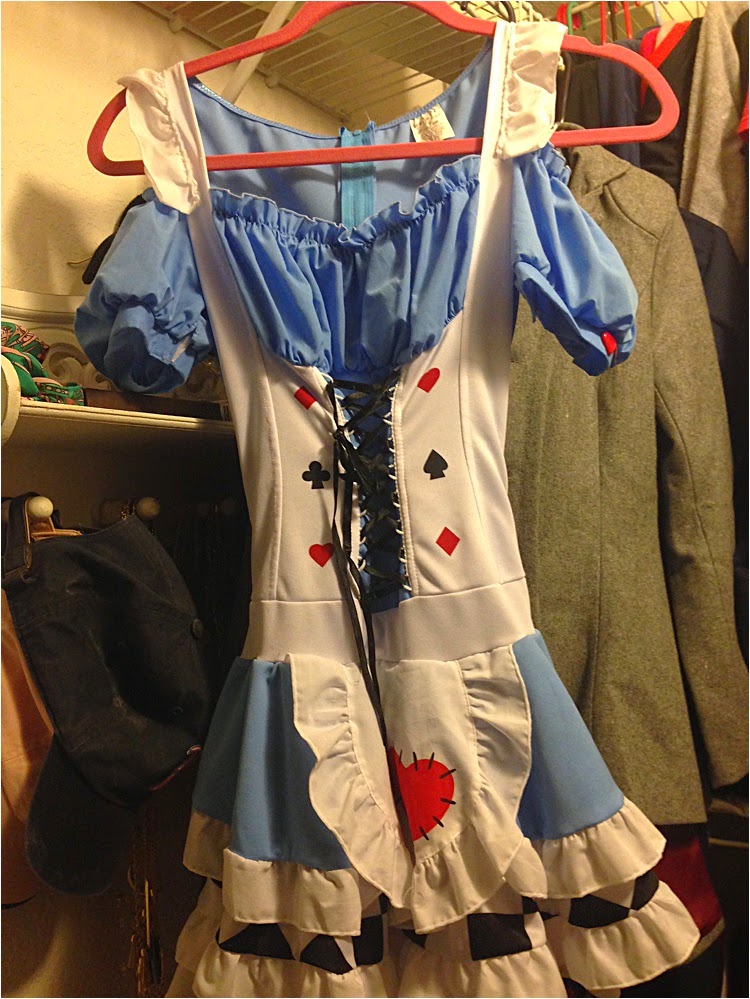 Mark finally asked me the other day what my plans were for that “french maids costume“.  I asked him when did french maids start abiding by the pastel color wheel.  He clearly doesn’t get my humor.
I thought I would share my history repeating itself 20 years later with the before and afters.  Have you dressed up as an “adult” version of a childhood character?  What are your thoughts on how Halloween costumes are pretty much the most degrading things to females and professions for that matter.  I mean honestly what cop do you know wears thigh highs and carries plastic cuffs?  I’m so glad my Halloween costume this year will be a black Northface fleece with black cat ears.  I also plan on stealing all of my nieces and nephews Reese’s Fast Breaks (oh those are so good) and Peanut M&Ms.  What are your Halloween plans???  xoxoxoxo

Let Me Introduce You To…

Things I Never Thought of…

My Ode To All the…